"Change comes quick and waits for no man!" 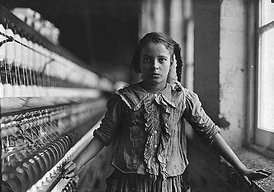 Child laborer during the Industrial Revolution.
Great Britain had its first industrial revolution between about 1750 and 1850 Between. This period of time was possible because of the stability of the country (economically, socially, and politically). It introduced new inventions, inventors, scientists, philosophers, and way of life to Great Britain, changing the way people lived in the country forever.

In this website, we will talk about two important figures during the Industrial Revolution - Edmund Cartwright and Henry Ford. We will also explore the lives of match girls. The main purpose of this site is to present biographical narratives on them and aspects of their lives.

Driving Question: How does the Industrial Revolution have an influence on colonialism and the world today? 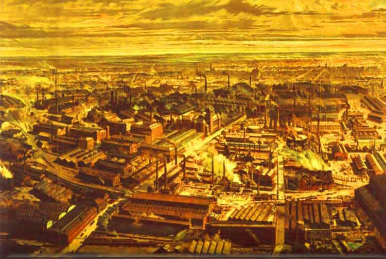 These biographical narratives are all based on people from the British Revolution. Specifically, they are about Edmund Cartwright, Henry Ford, and match girls. To find out more information on their lives during the Industrial Revolution, see the tabs on the side.